(above) Shot for Asquarius album.

18 Mar
Carl and William travel to Peterborough for a radio interview.

19 Mar
There’s a bad atmosphere at A&M, some trouble with Del Amitri, disappointment at Through the Roof’s mid-week chart position of 36. There’s no chance of getting on the Chart Show or into the Top 40 at the weekend now even though it’s selling more than it’s predecessor.

Despite this, a meeting about sleeve art goes well. The Asquarius sleeve is based on an obscure version of the soundtrack to Hair. We pay homage to the layout of our favourite A&M easy-listening LPs from the 60s and 70s.

22 Mar
Through the Roof gets into the charts at 44. Hearing that, had it been released in the quieter week before it would have got in the 40 is no consolation.

25 Mar
Back to London again, this time for a photo-session. (CUD travel tip: Buy a second-class ticket, then buy a meal in the first-class dining car. Make it last the whole journey. It’s cheaper than a first-class ticket!)
We meet at a Scorpio Rising gig and hang out with familiar faces – Tank, the Neds’ manager, various members of Kingmaker, Family Cat and P.J. Harvey’s band. 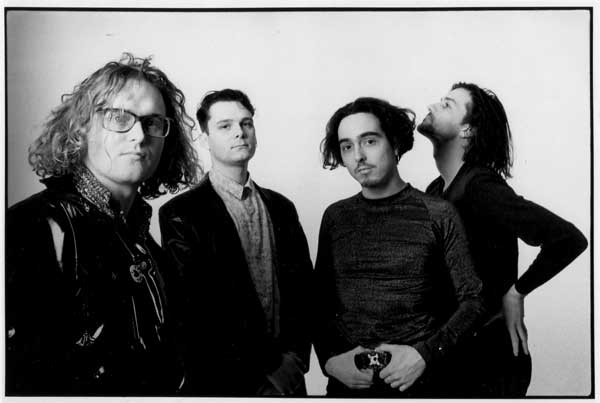 26 Mar
The photo session only lasted the morning, so we could get back to Leeds for last orders at the Fav. 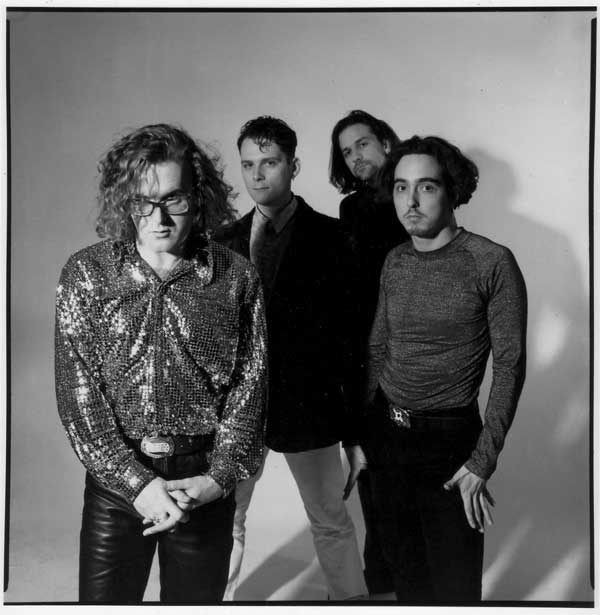 31 Mar
The planned tour has to be cancelled as A&M have moved back the release date of Asquarius. They want us to do an intimate ‘club tour’. Now the big tour isn’t likely till September!
Despite this downer, we venture out for a Select feature, with Graham Linehan (later known as co-writer of Father Ted.) We have a wild time at CUD favourite Bacios, posing with the staff. (They display a signed photo of CUD in the entrance.) then we move on to the Kit Kat Club where I’m levitated by the magic act.
Carl goes back to the Hilton in Garforth with Graham and the photographer to run up a £100 bar bill on cocktails.
Get home feeling really pissed off with the way A&M are ‘managing’ our career. 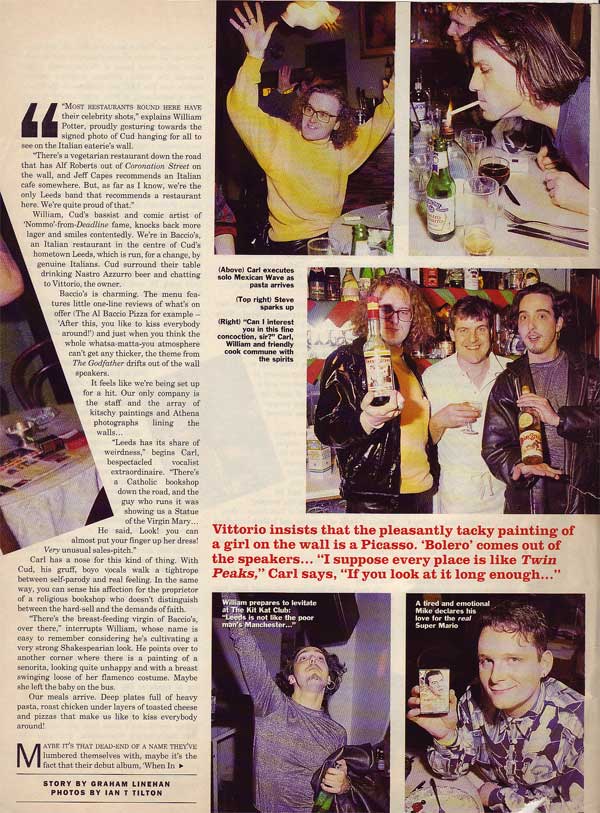 9 Apr
Brad Pollack from A&M USA calls to ask if he’s received a duff copy of ‘Rich and Strange’. Perpetrator Howard Derman claims never to have heard it.
It’s Mike’s birthday so the band go out to celebrate in Armley. Practices for the tour in nearby Parkside Studios are going well. Mike’s new semi-acoustic sounds fantastic.
It’s also election day. Tories get in. Again.

12 Apr
Choose photos for Asquarius. Carl tells me I embarrassed myself on Friday by smearing make-up over a Smash Hits writer.

18 Apr
Head to Worthing for Jamie Hewlett’s wedding. Have a bloody obvious abscess in my gum which almost stopped me going. (Jamie, later, tackfully chooses a photo from today on his photo montage for Asquarius.) It’s a traditional affair. The vicar looks like Salman Rushdie and there are lots of comic guests. There is caviar and chicken wings on the buffet.

21 Apr
Steve’s birthday. We join him at a Bay City Rollers (No Les, but Eric) at the Duchess of York. Everyone has to leave the venue in a rush when when some jerk releases CS gas.